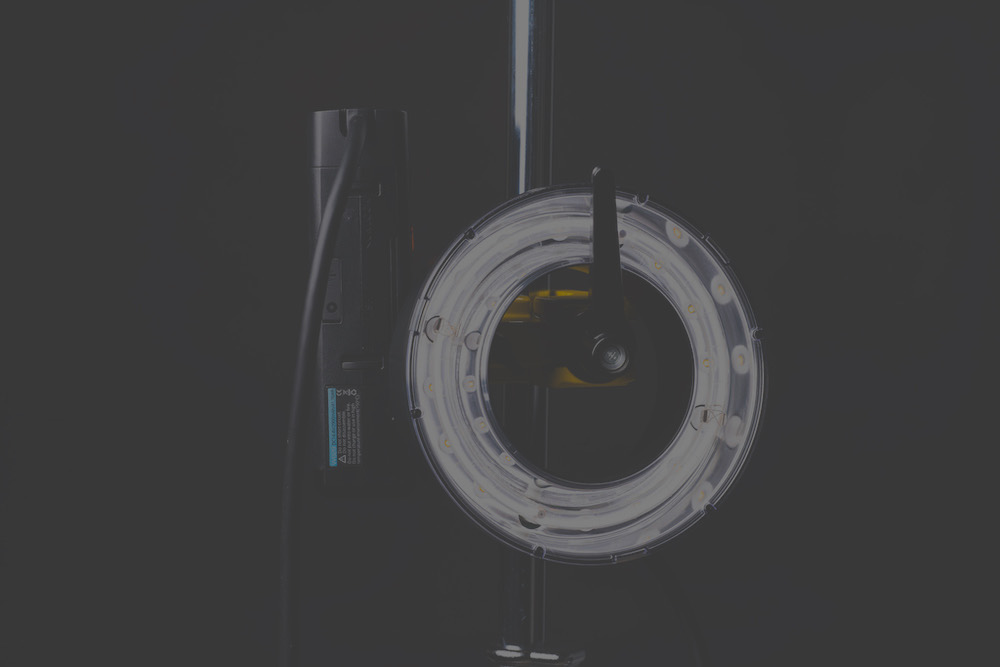 Five years after the initial launch of the eVolv 200, the product is still being expanded with new accessories. We already have a Fresnel head, bare bulb, round head, and dual head adapter. The system is compatible with any Bowens modifier, most speedlight modifiers, and its native AK-R1 magnetic modifiers. But now, the R200 Ring Flash adds even more versatility to the most modular flash photography product to ever exist. 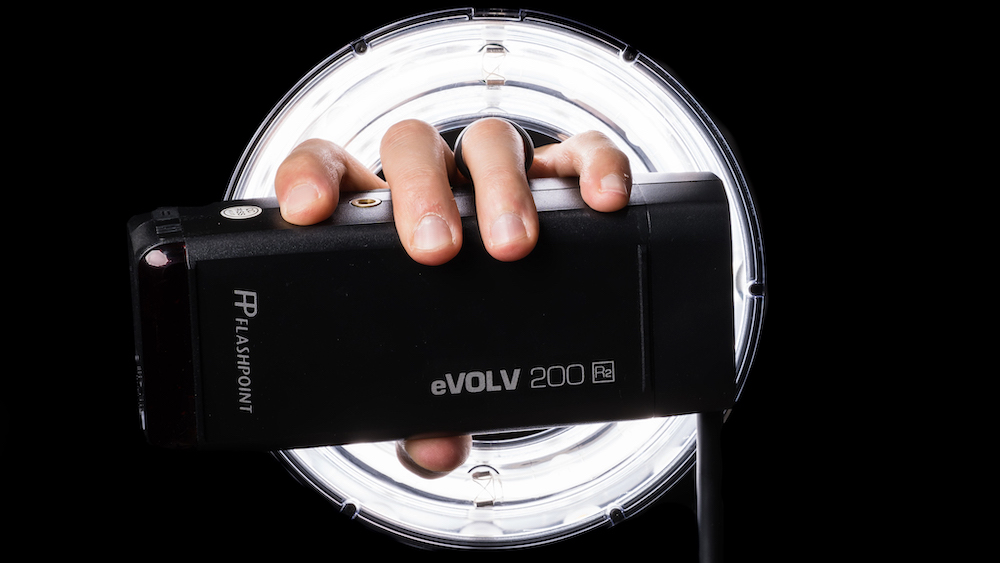 How Does it Work?

The R200 is not a standalone ring flash. Instead, it is a 200 w/s circular flash tube that connects directly to the eVolv 200 — just like any of the other flash heads. You control the eVolv 200 as you would with any head, using a transmitter or speedlight from the R2 series. Similar to the extension head, this will turn the R200 and eVolv 200 into a “pack and head” system, allowing you to mount the eVolv 200 elsewhere and use the ring flash on your camera, or on a light stand.

What’s Special About a Ring Flash?

While you can mount a ring flash on a light stand, the intended purpose of a ring flash is for it to wrap around your camera lens. Because it surrounds your lens, it is the only way to illuminate a subject with practically no shadows. On its own, a ring flash creates a very flat look that is synonymous with fashion photography.

A huge advantage of the ring flash is using it as a fill light. This means you use another off-camera light source as a key light to shape a subject. Then, use the ring flash to fill in those shadows to your liking. Because it doesn’t create any shadows of its own, there won’t be any cross shadows in an image lit this way. 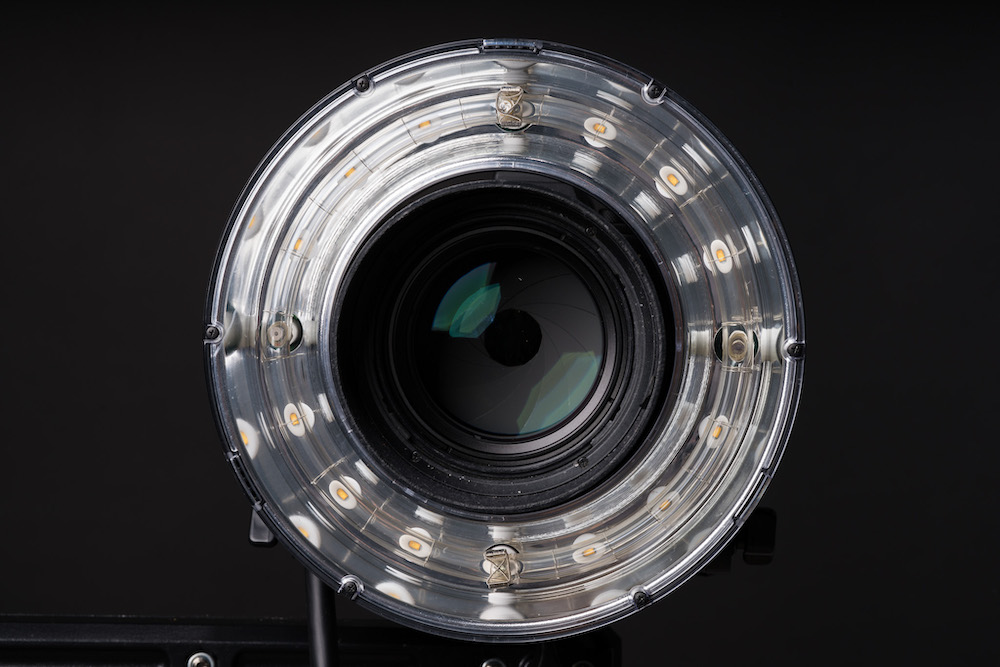 Another popular use of ring flash is macro photography. It can be tough to light a macro subject when your lens is extremely close to it. A ring flash resolves this by wrapping around the front element of the lens. Because you have a powerful flash extremely close to the subject, it takes minimal flash brightness to achieve the high F/stops necessary to create a detailed macro image. 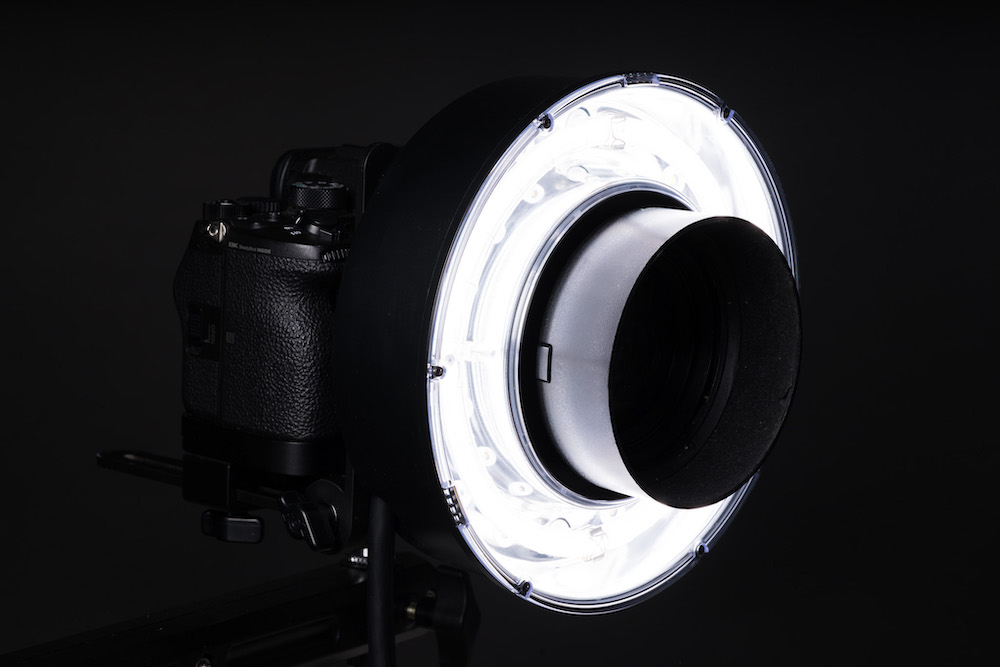 Attaching the R200 to a Camera

The R200 includes a bracket that gives you full control in mounting a camera and lens on it. By loosening the top two screws, you can slide the ring flash on the bracket until your lens is centered. By adjusting the bottom two screws, you can adjust the ring flash until it is flush with the center of your lens. The bracket collapses when not in use to take up a bit less space. 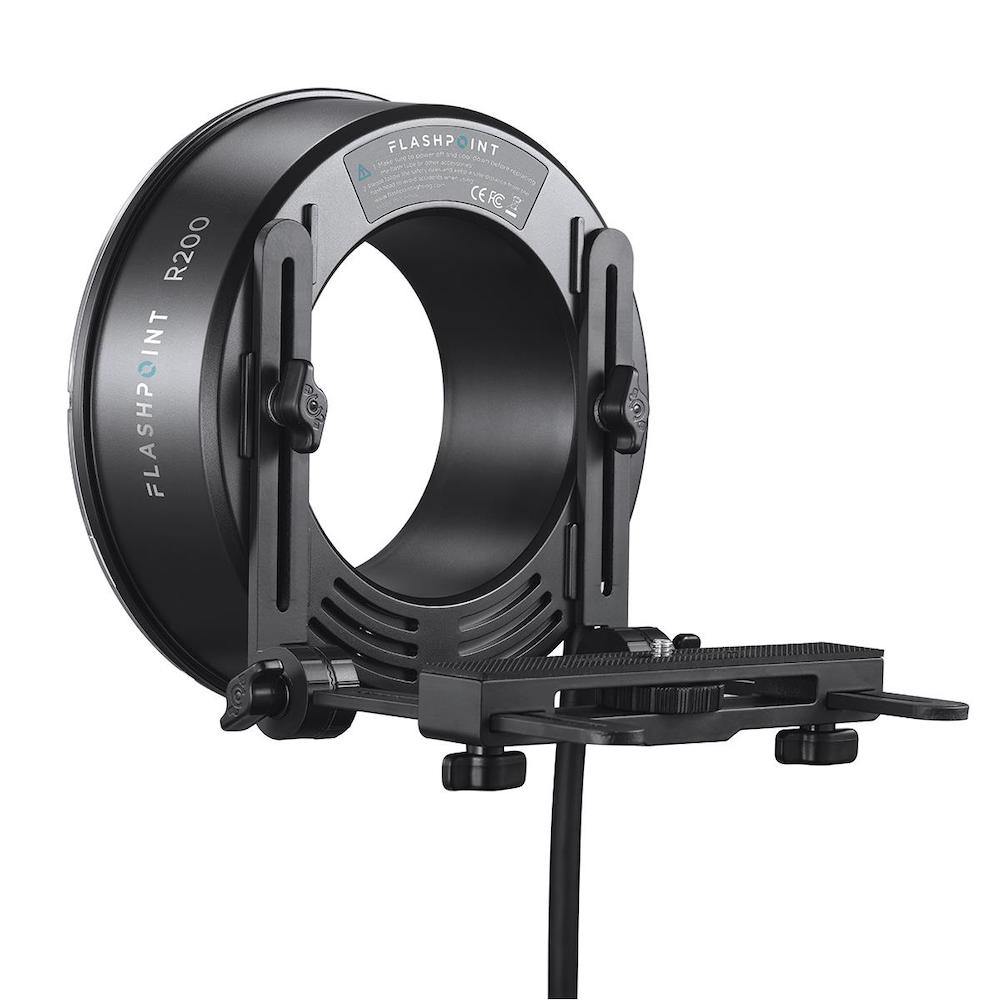 You may be aware there is already an R1200 (left) ring flash available for the Xplor 1200 Pro. I think the R200 is a far better option than the R1200. First, more people have the eVolv 200 already and, if they don’t, it’s a far more affordable system than the Xplor 1200 Pro required to power the R1200. Beyond that, the R200 is less cumbersome to use since it requires a 2lb eVolv 200 to function. The R1200 requires the 17 lb. pack to function, which is way less fun to have hanging off your shoulder. You can put the eVolv 200 body in the Flashpoint pouch, attach it to your belt, and comfortably fire away with the R200. 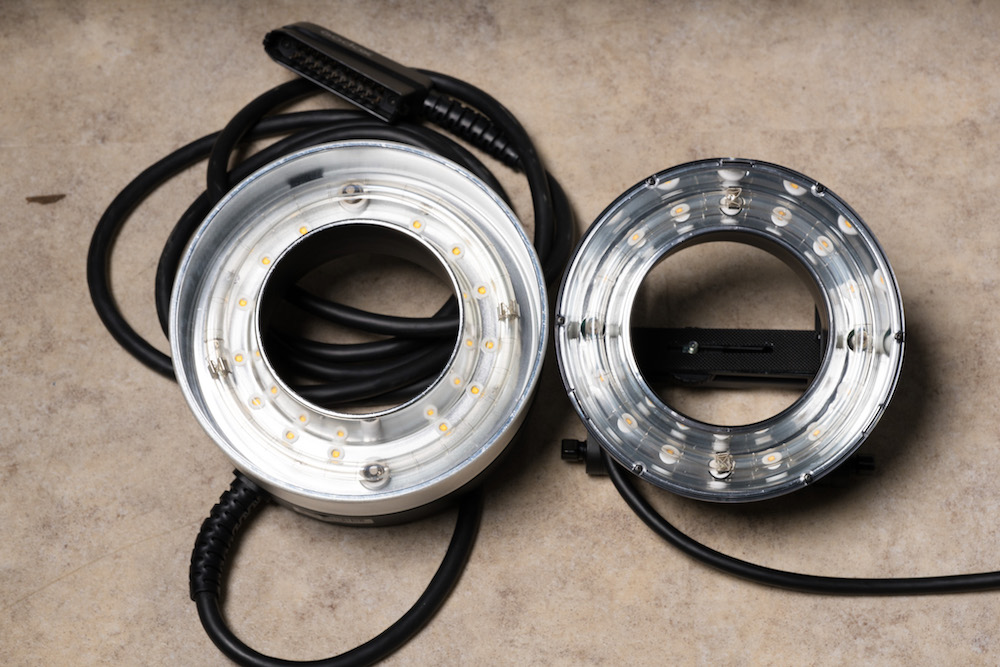 The R200 will give you everything you need to start creating ring flash images with the eVolv 200. Although, there are a few accessories available as well to further control light.

Photos and Article by Robert Hall.